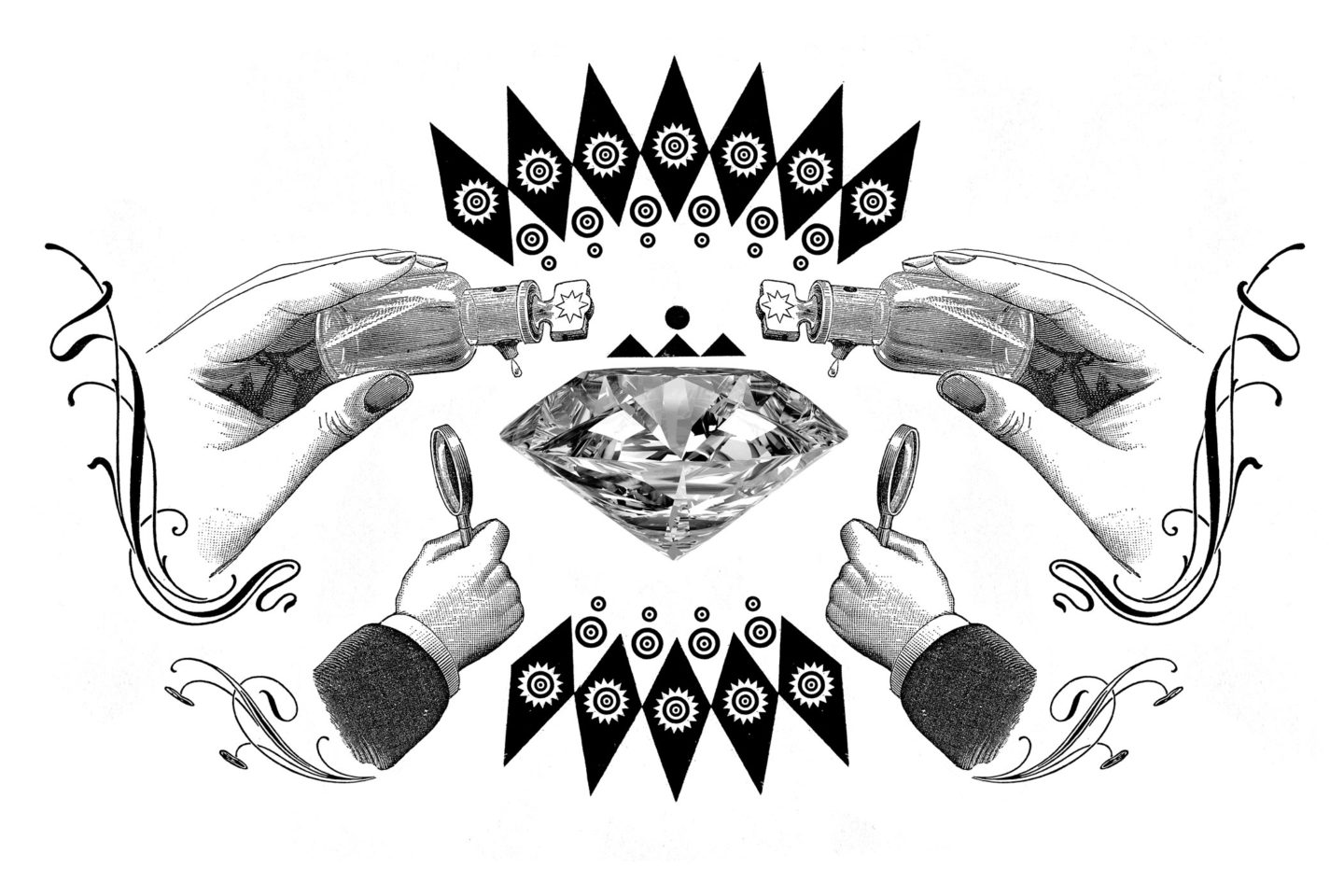 The advent of the world wide web gave a voice to anyone with internet access, radically decentralizing public discourse. But if you’ve been online recently — and escaped with your cognitive faculties intact — you may have noticed a dramatic uptick in the sheer volume of dubious nonsense floating around. Whether you blame fake news, Vladislav Surkov, or a bug in the source code of the simulation, it certainly feels like the collective conversation has totally jumped the shark, and made it harder than ever to tell fact from fiction.

Each entry offers an informative glimpse into a different untruth. They are case studies of how rumor, conspiracy, and lies come to pass for the real thing — and double as exercises in the lost art of critical thinking.

The selections below are excerpts from “The Encyclopedia of Misinformation,” and appear courtesy of Rex Sorgatz. Click here to purchase a copy and read the rest.

Imagine living in an information biodome — a protective bubble that regulates the flow of knowledge through mediated screens. All you know of the outside world is curated through social media apps, cable news, and websites. If it sounds like the psychological prison of a claustrophobic horror flick – spoiler alert: You live in the biodome.

The filter bubble is the hypothesis that our reality is controlled by technology that creates a specialized information flow for each one of us. Unlike other tools of propaganda, filter bubbles do not intentionally spread malevolent disinformation. Rather, filter bubbles are merely the consequence of seemingly innocent technology: personalization algorithms. When you search the internet for a topic — Islam, say, or vaccinations — the results vary dramatically depending on who you are, based upon mounds of personal data. From your clicks, your searches, your location, your purchases, and countless other trackable behaviors, internet companies have built a comprehensive profile of not just your likes and dislikes but your intentions and desires. Through invisible algorithmic editing of the internet, tailored to your specific worldview.

If it seems your Facebook News Feed consists only of people with similar political beliefs, this is the filter bubble at work. Like waking up every day to someone who says you look great!, the self-edifying nature of social media delivers only information that reinforces your lifestyle or ideology. Opening an app is like donning algorithm goggles, where you see only like-minded people doing like-minded things. Everyone else becomes invisible.

That’s the argument anyway. Facebook would, of course, offer a succinct riposte to the accusation: People are already filter bubbles. Just as you are more likely to befriend like-minded people, you probably click the Like button on a post that matches your political views. We are simple mirrors, those pernicious social media companies might argue back, reflecting existing human tendencies.

But for this argument to be valid, Facebook would need to be an exact reflection of our society, which it clearly is not. Through its microtargeting capabilities, Facebook intentionally hides contrary viewpoints. No matter how well argued the thesis, people seldom click Like on a disagreeable post, which begets a soothing information stream that comports with preconceived notions of reality. Algorithms are finely tuned to perceive discomfiting information as bad user experience.

On the other hand, humans are pretty complex beings. While it is undoubtedly naive to trust our technologies as “objective” (every medium has it’s biases; no algorithm is neutral), it might also be alarmist to conclude that the internet has locked us in some kind of inescapable ideological prison. For the most part, neither the top search result nor the most-liked social post necessarily dictates our opinions on knotty issues. As anyone who has inadvertently sparred online with an old high-school acquaintance knows, social media can act as much as an intense forum for debate as a comfortable blanket of ignorance. We might inhabit a biodome, but at least we can see out. The internet is more window than mirror.”

“Now listen to me,” said host David Letterman, coming out of a commercial break. “Our next guest is a computer-generated vocaloid, a personality from Japan.” Cutting to the Late Show music stage, a diminutive turquoise hologram materialized — bug-eyed, in a skintight bodysuit, and flinging giant pigtails. Surrounded by a live band, the dithering creature giggled her way through the shiny-happy tune “Sharing the World,” which might charitably be described as the Chipmunks chewing aluminum on Molly. As the roundelay chirped to a close, Letterman sauntered over to great the virtual star, who gently smiled and dissipated into nothingness. “Like bing on Willie Nelson’s bus,” said the host, in a wild mix of past and future, waving goodnight to the audience.

It was the American television debut of Hatsune Miku, a Japanese pop star who had just concluded a sixteen-venue tour with Lady Gaga. Letterman’s use of “vocaloid” was not some clever pun but a reference to an entire genre of music composed with software (made by Yamaha) that synthesizes vocal tracks by simply typing in lyrics and selecting melodies. Each boxed software package is a voice; each voice, a character. Now with more than sixty characters/programs to choose from, fans have created a sort of shared vocaloid universe, with backstories, romances, and fan art. This makes Miku, by far the biggest vocalid, not only a pigtailed songstress but also the tool for creating the songs. She is both the instrument and the music. And her fans are both composers and consumers.

Miku was born on August 31, 2007, when Crypton Future Media took existing vocaloid software and rebranded it with her face. The company partnered with a manga artist for a cartoon representation of Miku but did not release any backstory or music. Fans took care of the rest. Instantly, thousands of Miku tracks appeared on Japanese iTunes and Amazon, while fan-made music videos flooded YouTube. Despite occasional celebrity collaborations (Lady Gaga, Pharell), the Miku fanbase creates the vast majority of her work. Like a wiki pop star, she is entirely crowdsourced. Anyone can update and contribute to the canon and myth.

At her live shows, Miku performs fan-written songs as a 3D hologram, controlled by a live band (Gorillaz and the Tupac Hologram use similar tech.) Her Toyetic persona has been used to create and promote dolls, novels, manga, video games, anime, cars, endless tchotchkes, and lots and lots of porn. In this sense, she is just like any pop celebrity, just intensified. Her persona might be crafted by fans, but it is no less authentic than the pop idols who cultivate an image on the #streets of Tumblr and TMZ. We already treat pop stars like hyperreal avatars, churning them into GIFs and hashtags, projections of our own hopes and fears. Miku is no less authentic than Lady Gaga or Beyoncé or Taylor Swift (or KISS or Daft Punk or Devo (or Springsteen or Dylan or Prince)). They are all meme factories, used and abused and disused by convenience. They are believable only if you choose to believe.

The difference is that Miku will eternally be sixteen years old and weigh ninety-two pounds. She will never shave her head or misplace her pet monkey or lose her mind on Twitter. She will never join the 27 Club or be tried for child molestation. It might seem that Miku tests our bounds of verisimilitude, but she will never push us over the edge of the uncanny valley. Her otherworldly falsetto voice cannot be mistaken for the pristine warble of a Disney star, and unlike the Tupac Hologram, she is no ersatz representation for someone lost. She is an exaggerated machine cartoon who will never disappoint her fans with celebrity hijinks. If she fails, it is because her fans failed. She is a simulacrum of nothing but her audience.”

As deployed by media pundits, the Overton Window refers to the proposed range of ideas that the public will accept as reasonable topics of government policy. The handy term was invented by Joseph P. Overton, a think tank wonk who studied how ideas move from fringe to mainstream.

In recent years, previously verboten policy ideas from both the left and right have moved “into the window,” including universal basic income, Brexit, a ban on Muslims, in the United states, and universal health care. For the past century or so, the so-called mainstream media has played a critical role in regulating what enters and leaves public discourse, but because of the advance of social media, the Overton Window is now in constant flux. Plenty of issues once considered outside the window — from decriminalizing marijuana to building a border wall between the United States and Mexico — have moved inside the political mainstream.

Though seemingly a neutral political concept, the term is most often invoked by the alt-right, who use it to describe the furtive nudge of radical nationalism into the mainstream. The concept likely gained traction within that cohort after Glenn Beck’s 2010 novel, The Overton Window, which involved a populist overthrow of the government. In the foreword, Beck refers to his potboiler as a faction, or a fiction based upon facts. Factions now seem firmly affixed within the jambs of the Overton Window.”

Slenderman might be the first widely known folklore character to originate on the internet. If you have never heard of him, you do not know a goth teen.

The first thing to know about Slenderman is the image: tall, gaunt, faceless. His black suit stretches over elongated appendages, and usually (depictions vary) tentacles sprout from his back, the better to strangle you with. Most of the time, Slenderman is an omniscient demon who lurks in the background, reading the minds of children before abducting them. But sometimes he is a figure whom children trust, or at least obey.

Slenderman was first created in 2009 as part of a photoshopping contest on Something Awful, the most accurately named website on the internet. The contest rules invited applicants to alter an everyday photo to appear creepy and then repost it to paranormal websites. It worked — Slenderman became an instant meme that quickly spread to other fan sites (Tumblr, 4chan, DeviantArt, Reddit, YouTube), where it was modified and updated and redistributed.

Now for the scary part. In 2014, two twelve-year-old girls in Wisconsin stabbed their classmate nineteen times as part of a initiant ritual to become “proxies” of Slenderman. No one told them to do this. The girls adapted the ritual from the Slenderman canon found online. Their bedrooms were littered with Slenderman fan art, and when asked why they stabbed their friend, one of the girls said, “Because it was necessary.”

Because Slenderman is a new myth, still open to interpretation, adolescents can imbue the legend with their own anxieties. Invented online, the lore is highly collaborative and adaptable by its story-teller. Tropes are easily updated to create new stories, images, games, or videos. Creativity is rewarded with reactions and views, and as more Slenderman material is uploaded, the legend creeps into the real world. In a sort of self-fulfilling prophecy, one of the Wisconsin girls said the internet contained “proof” of Slenderman’s existence.

An open-source myth, Slenderman is the everyman bogeyman.”

To purchase a copy of “The Encyclopedia of Misinformation” click here.

Rex Sorgatz is a writer, designer, and technologist based in New York City. Follow him on Twitter @fimoculous.