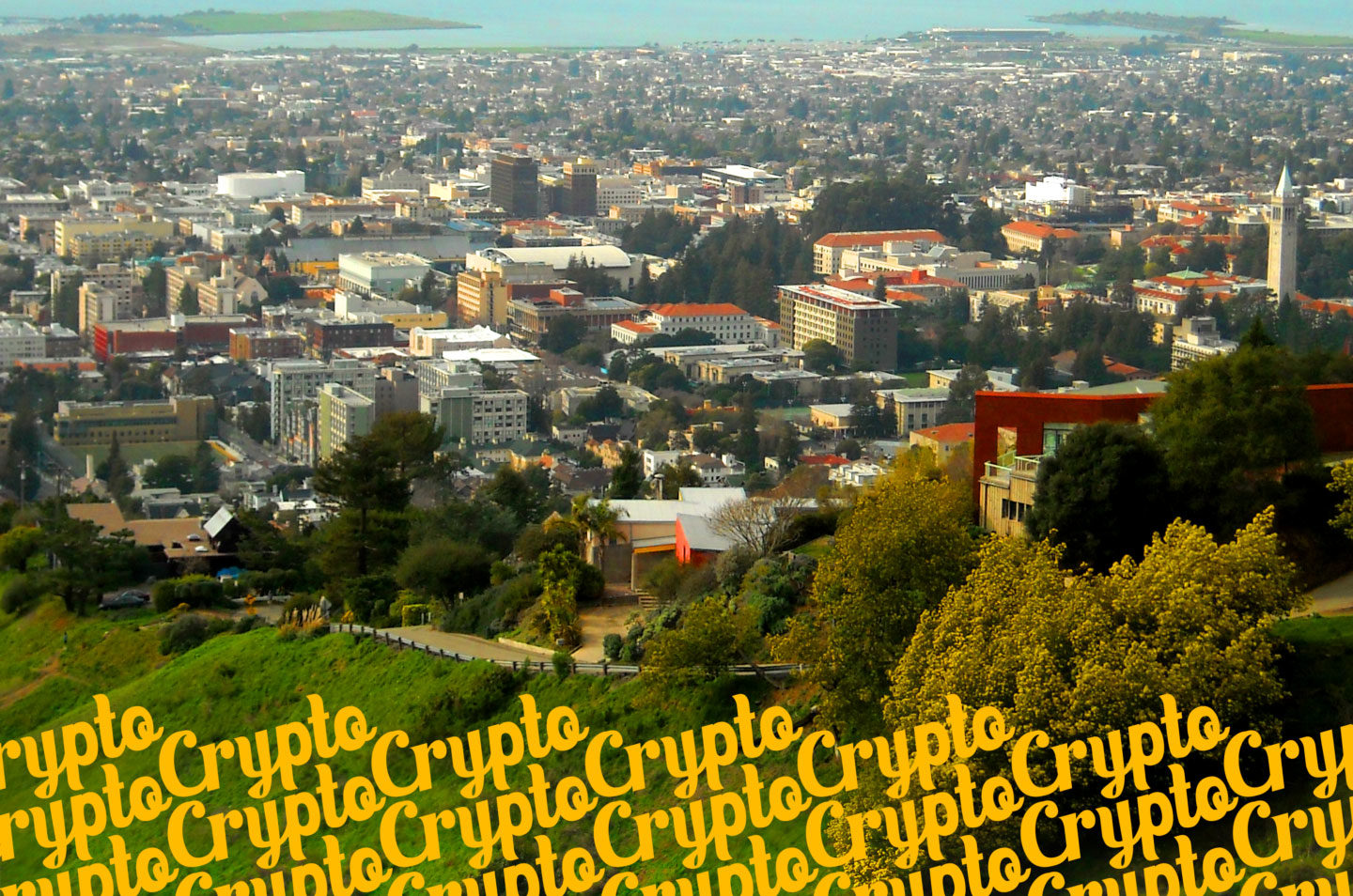 (Photo by Daniel Ramirez via Flickr. Illustration by Kevin Durkin for In The Mesh.)

BERKELEY, Calif. — Our city is about to be torn apart by tent cities,” Ben Bartlett, Berkeley City Council member tells me over the phone. According to a January 2017 count, there are over 1,000 homeless residents in the city of Berkeley, making its per capita homelessness rate almost 200 percent higher than the rest of the state, and nearly five times the national average. That number is likely to rise soon, Bartlett tells me, due to the impact the Trump administration’s tax cuts could have on federal funding for local budgets.

“We’ve been consumed trying to find ways to fund affordable housing,” Bartlett says. “There’s no money for it.”

This was the problem on Bartlett’s mind one night in February at a restaurant brainstorming session with Berkeley mayor Jesse Arreguin. In the middle of their meal, they were approached by a constituent who happened to be a principal at Neighborly, a San Francisco-based investment platform that allows individuals to invest in civic projects through the purchasing of municipal bonds.

The yet-to-be-named digital tokens would be backed by municipal bonds, and therefore not purchased for speculative purposes.”

“The three of us cooked it up on the spot,” says Bartlett. The “it” is a cryptocurrency, and if it succeeds, Berkeley would become the first U.S. city to have one of its own. (See our chart of other government cryptocurrency initiatives at the end of this article.)

While the plan’s specifics have yet to be worked out — the working group, which includes the city, Neighborly, and UC Berkeley’s Blockchain Lab hope to have a fully fleshed-out proposal by May. The core concept would work much like an ICO, or initial coin offering.

Where the Berkeley plan would differ from ICOs you may have seen is that the yet-to-be-named digital tokens would be backed by municipal bonds, and therefore not purchased for speculative purposes.

“This is not going to inflate in value,” says Bartlett. Instead, once developed, the coin would be usable in city stores while also allowing residents to invest in projects such as beautifying a block of trees, ambulances, or affordable housing.

“It’ll be good for everyone, the community, businesses,” says Bartlett. “It can be a way to donate and give to the homeless, as well. You can see the transaction on the blockchain.”

But not everyone sees a municipal cryptocurrency as panacea for the city.

“There aren’t enough adults in the room right now in Berkeley with the requisite experience in capital markets and blockchain technology to understand how to structure the proposed offering,” says Preston Byrne, independent consultant and founder of Monax, a blockchain platform for business applications.

Byrne points to U.K.-based municipal-created cryptocurrencies in Hull and Brixton, which both developed coins as a way to promote community engagement. And while the thinking behind these initiatives are not in direct opposition to the Berkeley proposal, these plans differ greatly from the world of ICOs; HullCoin for instance, can’t be purchased, only rewarded for doing “good deeds.”

“Berkeley is saying they want to combine the community spirit while using local currency with a coin to raise money for the city,” says Byrne. “It’s mixing two things that shouldn’t be mixed.”

Byrne and Bartlett do agree, however, when it comes to potential benefit of using blockchain to cut the dramatic costs associated with traditional municipal financing.

“Traditional municipal financing [in Berkeley] currently has 298 pages of middlemen,” says Bartlett, referring to the paperwork that citizens must fill out to secure bonds. “It’s institutional things. Slow and undemocratic.”

But there are a lot of uncertainties to be addressed before the proposal is even written.

“I see this a lot,” Byrne says. “People encounter blockchain or cryptocurrency for the first time, and you think, oh my god, it’s amazing, this technology is so cool. And it is amazing. But eventually, you arrive at a more nuanced view at how you can deploy it.”

Government-Backed Crypto Around The Globe

The City of Berkeley is not the only government giving crypto a go. Here are a few other public initiatives that are trying to find a way to make digital currency work for them.

The Venezuelan Petro is probably the most (in)famous
government-backed fiat digital currency.

The Federal Reserve Bank of New York announced in late
2017 that it might develop its own digital currency.

The People’s Bank of China has prototyped a coin backed by the PRC. This digital fiat currency would enable Chinese officials to monitor transactions and extend banking to millions of unbanked Chinese citizens.

In Japan, several private banks are working together on the development of the J-coin, a digital currency that will be pegged to the Yen.

The Central Bank of Canada has been considering a cryptocurrency.

Estonia is looking into an estcoin state-backed cryptocurrency to encourage entrepreneurs to register online businesses there.

Sweden has been debating an ‘e-krona’ to replace cash.

The Central Bank of Uruguay announced plans to introduce
a digital currency.

Rick Paulas is a freelance writer and editor based in California, currently in the East Bay. His thoughtful work can be found at rickpaulas.com, and his inane tweets at @RickPaulas.