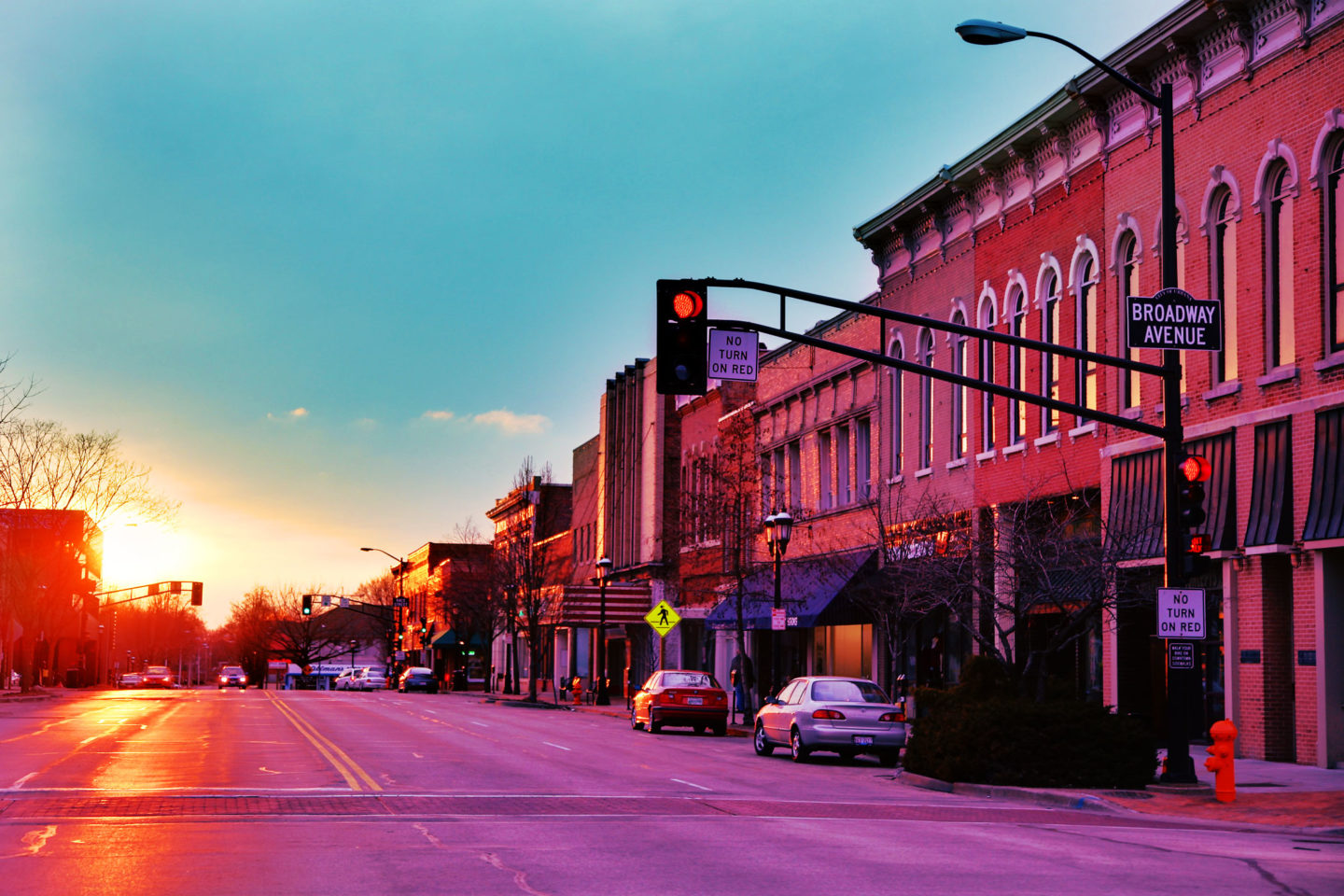 Maybe you’ve never been to Illinois, but if you’ve used a web browser in the past twenty-five years your online roots wind through it. Mosaic, the first ever graphic web browser (the origins of Netscape and later Mozilla), was developed in 1992 at the University of Illinois Urbana-Champaign. This was back when websites still numbered in the hundreds, when the Internet was not yet commercialized, and its budding networks were small and decentralized. Given this history, it comes as no surprise to see Urbana hosting the first goTenna Mesh Ambassador.

When Mike Lehman’s wife recently received a pair of goTenna Mesh devices as a gift, she knew it’d be a hit with him. Mike, an activist and historian, has been active in amateur radio since becoming enthralled with shortwave as a kid. In the 1970s’ era of counter-culture community radio, his friends founded WEFT 90.1 FM in Urbana, inspiring him in the early 2000s to bring on air low-power WRFU 104.5. Mike gave goTenna a try while working on a project that was too far from home to communicate with his usual radio (he prefers not to use cellular service). When he saw how useful it was to create an off-grid communications system, he says, “I got to thinking: we’re putting this up for me, but it could obviously help other people too – and it just sort of grew from there.”

goTenna’s vision of the future sees entire cities covered by people-powered, off-grid communications networks, ready in case of emergencies or natural disasters that put centralized infrastructure offline – or simply as an encrypted alternative to corporate cellular and Internet service providers. Recently launched, the Ambassador Program is helping to support the efforts of people like Mike who are already at work “meshing” their communities. In addition to Urbana, Seattle also recently launched a campaign with goTenna and sign-up for new cities remains open. You can easily see who’s using goTenna Mesh in your area and add discounted devices to the network during these campaigns.

Mike says of his work with goTenna, “I’m consciously doing this to link together communities that can benefit from it, to have an alternative to high-priced tech service.” So far, he has set up six relay nodes (think low-wattage, people-powered cell towers) in Urbana that serve to connect most of the area east of the university, including low-income areas of town. A goTenna Mesh lasts a day on a charge, but to outfit always-on relay nodes throughout the city, he has connected them to solar panels and sometimes additional batteries. Then, he just looks for the right place to install them, often slightly elevated areas with good line of sight to another node.

Mike is well known in the community and fellow residents have often agreed to host relay nodes on their roofs. Fine-tuning the location of a node can help increase network range substantially, and Mike has taken great care in plotting out potential future sites, putting to work his granular knowledge of the local geography and topography. He says he’s working on getting access to a nearby grain elevator in order to provide a network passage to St. Joseph, the next town east. “Especially now with the ability for six hops, it makes it so easy to use for people,” says Mike, referring to a recent goTenna upgrade allowing messages to be relayed six times between users, significantly extending range.

Having completed the initial network set-up, Mike is on to what he calls the community organizing phase of the operation. He says that he often appeals to Urbana residents, a generally tech-savvy group, on the issue of net neutrality. “That is something people really are concerned about in this town,” he says, “and this is one of the few concrete things you can point to where someone’s actually doing something about net neutrality, providing a concrete alternative that actually works.” The Urbana campaign is currently about one fifth of its way to what Mike estimates will provide optimal coverage in the town.

Urbana is also the imagined hometown of 2001: A Space Odyssey’s HAL 9000 (a nod to writer Arthur C. Clarke’s math professor who taught at the university). While HAL is still a stand-in for technological dystopia, the real Urbana is once again giving birth to a decentralized system that puts technology in the service of people. Mike himself has a healthy skepticism of technology, but says goTenna is “thoughtful and socially conscious,” and they’re on a shared mission to demonstrate the potential of people-powered, decentralized communication technology.