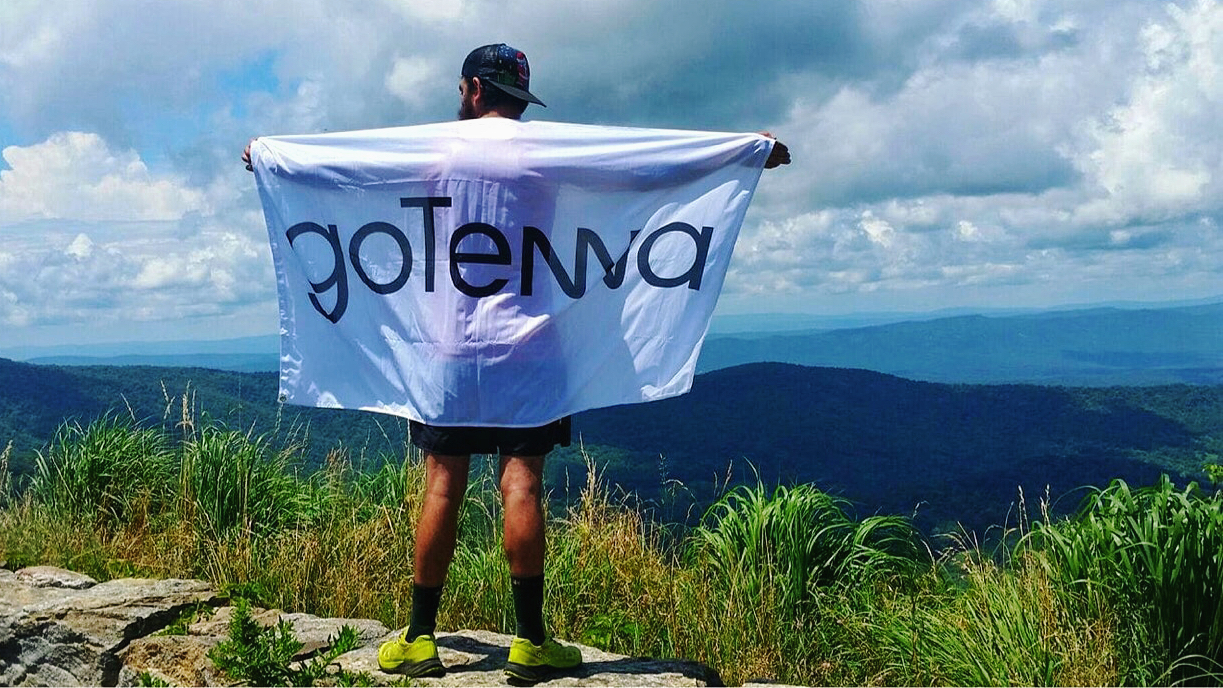 Traversing fourteen states from Georgia to Maine, the nearly 2,200-mile Appalachian Trail is among the longest in the country and is the longest hiking-only footpath in the world. About two million people per year hike some part of the trail, but some stretches are advanced bouldering challenges and only a few thousand hikers each year manage the end-to-end journey. David Moulton is among these thru-hikers, and over his years on the trail he’s seen other hikers face the dangers it can pose, some of them enduring broken legs, strokes, and heart attack. A Marine Corps veteran, he brings his own injuries and struggles to the trail, which he says is “the best medicine there is.”

Moulton and his trail family Trash People, named for their commitment to collecting trash along the route as well as their look and aroma after many showerless days, aim to support others on the trail and often test new tools to help make the experience accessible to more people. After fourteen shoulder injuries and three replacements, Moulton is an ideal tester for modified backpacks – his current modified pack with his equipment weighs under fifteen pounds. He’s tested other trail equipment too, but for him and his family he says, “There’s nothing like goTenna” – the mesh networking device they’ve been using on their current hike. A peer-to-peer messaging and location-sharing service, like that offered by the goTenna app, could be a game-changer for hikers used to leaving messages for each other at campsites or hoping for cellular connectivity at urgent moments.

While much of the trail winds just a few miles from small towns, cell coverage is spotty and the inability to communicate can make otherwise manageable mishaps much more serious or even fatal. Regularly hiking in a group of twenty or more, the Trash People, like other groups on the trail, are often spread out over many miles and might wait and regroup every couple days along the way. In the absence of cell service, if someone is injured a group will send its fastest hiker back to the last point of reliable connection to wait for help. But Moulton knows firsthand from those he’s helped on the trail that being stranded, injured, and without help can be a matter of life or death. Especially with the popularity of the AT on the rise, goTenna-toting hikers could form a roving trail of network nodes potentially the entire length of the trail.

Like many vets, who comprise about a quarter of his trail family, Moulton suffers from PTSD. “The trail opens you up to talk comfortably about things you normally wouldn’t,” he says, “healing you in ways you didn’t even know you needed to be healed.” As for his shoulder pain, there’s nothing like the AT. He’s relied on opiate pain-killers for years, and after his current thru-hike is schedule to have his right arm amputated – a procedure he’s already postponed twice – but on the trail he says the pain dissipates. Access to new communications systems can provide a layer of security to those like him who rely on the connection with nature to heal and build community. While purists might scoff at the idea of using your phone on a trail, a closed mesh network wouldn’t tempt you to check your email or Facebook – but you could connect to nature without being disconnected from help in an emergency. Moulton also noted that there are many hostels just off the trail , which could eventually host stationary nodes to reinforce such a network.

As of the time of this post, Moulton had gone a few miles off trail to restock and enjoy his first shower in a week at what he called the worst motel he’d ever stayed in. In a week or two the Trash People will be within an hour’s drive of New York City. Since picking up goTenna Mesh devices a couple weeks ago at a stop in Harper’s Ferry, WV, Moulton said the most useful feature has been the ability to see each other’s location along the trail. They’ve also exchanged messages at distances of at least two miles and he says they look forward to testing further ranges. An unexpected benefit has been using the broadcast setting to connect to other hikers on the trail who also happen to be carrying goTennas – an example of the network effect that could end up saving lives in the future.