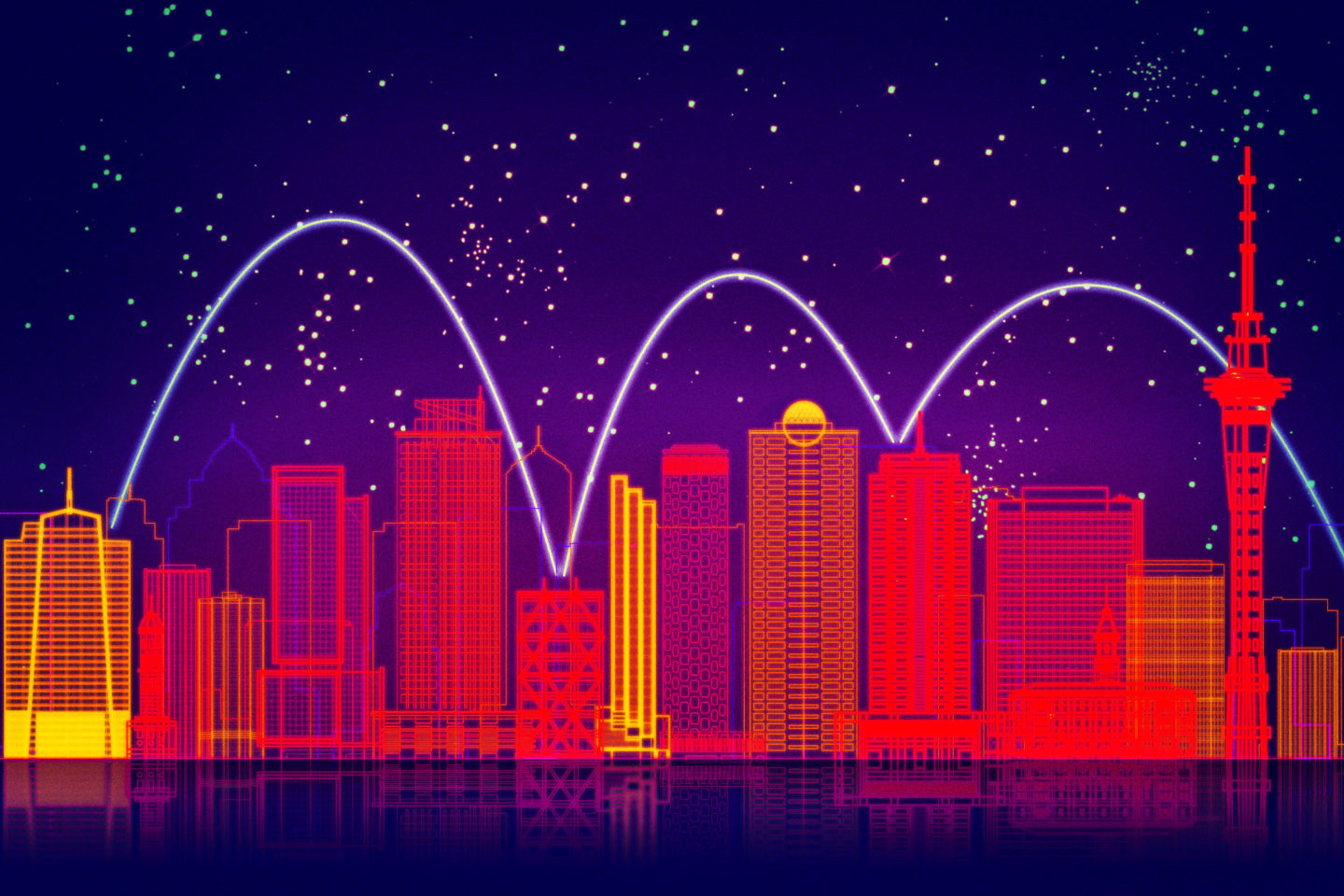 Last week, Rich Myers covered the early response to the launch of Txtenna, an open source app developed in partnership with Samourai Wallet on the goTenna SDK that enables Bitcoin to be transacted on goTenna’s off-grid mesh network. We’ve since tracked down Twitter user Coinsurenz who was sharing some of the first detailed reports of Txtenna use online. Rigel Walshe, of Auckland, New Zealand, had purchased two pairs of goTenna Mesh months ago and as a censorship resistance enthusiast was ready to go when Txtenna became available.

An ex-cop, Walshe has tactical know-how that suits his experiments with the off-grid, people-powered technology. Perhaps it’s his time in law enforcement that has also bred in him a habit of preparing for worst-case scenarios. Generally, Walshe is interested in building an alternative, self-sovereign communication infrastructure for a range of circumstances. His aim is to get some the testing done so people understand the potential. “There’s bound to be someone out there in the world who needs this right now, but they may not be in a position to test it,” he says. He sees testing it as his homework, a favor to all those who may benefit from it.

“The scenarios I’m thinking about,” Walshe says, “aren’t apocalyptic where some fascist government takes over or there’s a nuclear war.” Many of the use cases he envisions provide a work-around for people refused service unilaterally by corporate financial or communications institutions. For example, traditional commercial banks have been known to come under pressure to block transactions or close accounts of people and companies in some industries, even when the law doesn’t strictly require it. Similarly, the major social media platforms have lately come under scrutiny for the power they yield in determining who has a voice online.

Walshe’s first set of tests were primarily to see how Txtenna could work on the basic level. He put it through three kinds of scenarios:

Range testing: Since he had four goTenna Mesh devices already, he was able to set up two devices on relay mode, allowing him to complete Bitcoin transactions on an off-grid network more than 12km. He had already plotted the points in areas with relatively high elevation and good line of sight, which allowed him to meet or exceed the goTenna’s expected maximum range. He’s designed a map that with a couple dozen more units could cover a 100km radius around Auckland.

Censorship resistance: By pairing a relay device to a cafe’s open Wifi network, Walshe was able to build a model for transacting Bitcoin off-grid that would sync to the public blockchain through an Internet access point that could not be easily traced to the user. For fun, he also built a network that accessed the Internet through an office network he knows the password for, concealing goTenna Mesh relay devices under a toilet lid and behind a painting in the office.

Cell-denied areas: Walshe has spent time working in a prison and says, “You come across some pretty clever ways that people get cell phones into a cell block.” He wondered if the Txtenna infrastructure would be able to work through the kind of cell-denied areas he’s seen, such as a jail’s thick concrete walls. He went to the North Head military tunnels in Auckland, originally built to defend against threatened Russian and later Japanese invasions. Walshe used them to test how Txtenna could perform in such environments, like an underground bunker or any cell-resistant area. Based on his tests, he estimates that from inside the tunnel (where no cellular signal reached) he could communicate – and transact Bitcoin – a full kilometer.

Walshe looks forward to running additional tests and using what he calls a more “data-focused approach” so that the results can be more widely used. After all, as he points out, the more people on a network, the more resistant it is to censorship – one person can much more easily be traced. Before long, he plans to share more precise range information, and possibly to test a network with relay nodes on airborne drones that would increase the line of sight. He may also look into an antenna upgrade to increase range, like goTenna’s Seattle ambassador has done. His tests in the military tunnels have also led him to plan tests of buried relay units. All of the lessons he learns he plans to share with others, particularly those who may need such information the most.

“What’s in the back of my mind when I do all of this is somewhere like Venezuela or Syria,” says Walshe, “where you do not want to attract the attention of people that do not like what you’re doing.” For years after the initial uprising in Syria, the US and other western states supported groups working in opposition to the government there – but because of surveillance and government Internet shutdowns, merely communicating with them posed real risks. Walshe imagines that one day aid packages including mesh network devices could be air-dropped to besieged civilians just like the US parachuted miniature pistols into French resistance territory in World War II.

Walshe’s tests demonstrate the versatility of mesh networking with devices like goTenna Mesh and the power of decentralized currencies operating outside centralized telecom networks. While he realizes the image crypto has acquired, his goal is to keep it from devolving into simply another PayPal or “a conversation about Lambos and s*&#loads of money.” For him, Bitcoin technology is fundamentally a means of communication and censorship resistance. He wants to keep the focus on “how money is related to power and the distribution of power, particularly how entities of all sorts control the individual.” In this context, Txtenna and goTenna are important to Walsh because he believes they empower the individual, and he’s using them to help empower others to protect themselves too.